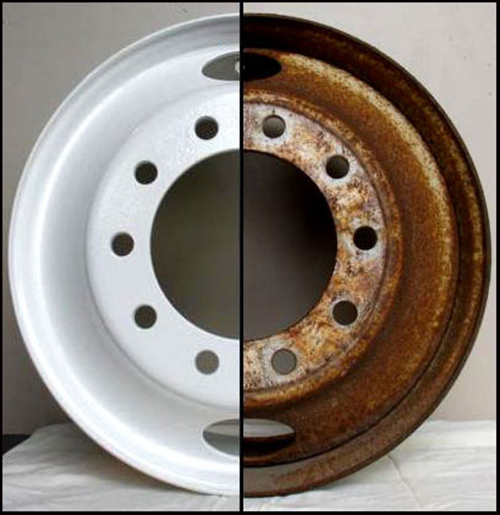 What is sandblasting and why is it used?

Sandblasting is an effective cleaning process for hard surfaces with the use of high pressure air. The sandblasting method can be used for smoothing, shaping and cleaning hard surfaces, debarring, blending and stress relieving of any part that is hard. This process also removes slag, rust, and imperfections in steel as a preparation for various coatings. The effect of sandblasting is similar to that of using sandpaper, but provides a more even finish.

Historically, the material used for sandblasting was sand that had been sieved to a uniform size. The silica dust, the “after product” produced from this process, caused silicosis after sustained inhalation of this dust. This has caused the sandblasting process to be regulated. Sandblasting is now performed in a controlled environment using ventilation, protective clothing and a breathing air supply. Sandblasting equipment typically consists of a chamber in which sand and air are mixed. The mixture travels through a hand-held nozzle to direct the particles toward the surface or work piece. So other materials have been developed for this process such as carborundum grit, steel shots, copper slag, powdered slag, glass beads, metal pellets, dry ice, and powdered abrasives of various grades, and even ground coconut shells, corncobs, walnut shells, and baking soda.

Where is Sandblasting used?

The sandblasting process can be used effectively on steel, iron, copper, brass, aluminum and glass. Sandblasting can be used to clean up fabricated parts, structural steel, castings, pipes (inside and out) pipe fittings, auto body parts and machine parts. This process can also be used on new materials to remove rust, paints, stains and glues. Sand blasting works for automotive restoration. It helps avoid a lot of hard labor, especially when working with deeply convoluted surfaces like a rusty wheel rim.

How much does Sandblasting Cost?

The price for Sandblasting varies between projects and is determined by the type and size of the project.

Get Your Free Quote